A busy Sunday morning at the Club saw Paul Bennett, six man in the gold-medal-winning eight at Rio, tell over 100 members about his rowing career and motivation, and answer questions about the race itself and its aftermath.  Paul also presented the prizes for the winning Hyne Cup race crews.

Later Rob and Grant McKenzie named the new Stampfli double “Angela” in memory of their mother and wife.

It was also one year since the death of Robyn Mercer; we have re-erected the flagpole in her memory and today flew the Club flag for the first time in seven years; trumpeter Rowan O’Neill played a fanfare as the flag was raised. 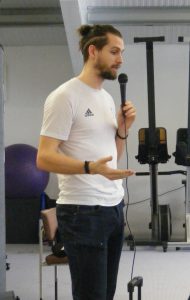 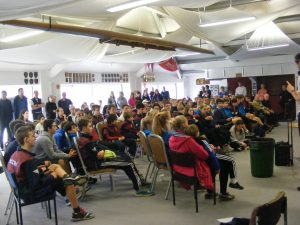