Club crews have made a good start to the year already racing at Weybridge, Hampton and Quintin Heads despite the cold conditions and occasional strong streams. At Weybridge Thomas and Ardan picked where they left off last year by winning J14 doubles. The Masters eight was the quickest masters eight overall but lost out by handicap.

At Hampton Head a number of new combinations were tried out with the boys J15 quad coming a close second in their event and the J14 quad just missing out on a medal after having difficulty getting past slower crews. At Quintin Head the masters eight raced well but were beaten by a fast Upper Thames crew.

The next big event on the calendar is the Hyne Cup races against Weybridge on 8th March when most of our club crews will be out on the water on our home reach. 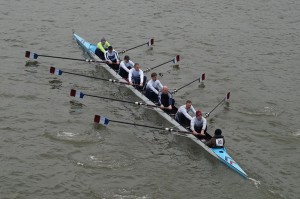 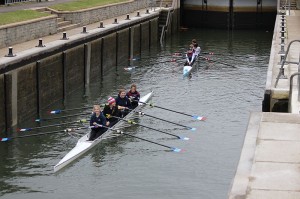